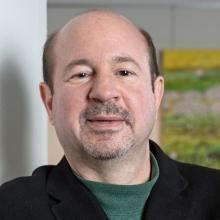 Environmental scientist Michael E. Mann will be joining the Penn faculty as of September 1, 2022 as a Presidential Distinguished Professor in the Department of Earth and Environmental Science, with a secondary appointment in the Annenberg School for Communication. He will also be the inaugural Director of a new Penn Center for Science, Sustainability and the Media (PCSSM), a Perry World House faculty fellow, a fellow at the Kleinman Center for Energy Policy, and a distinguished research fellow at the Annenberg Public Policy Center.

Mann’s research focuses on climate variability and extremes, paleoclimate, tropical cyclones, and climate education and policy. In 1999, he and his colleagues produced a reconstruction of temperature changes over the past 1,000 years that demonstrated a pronounced human impact on climate. Described as the “hockey stick” graph because of its dramatic upward curve, the work was for many years a focal point for attacks by climate science skeptics.

In addition to his research, he speaks and writes extensively on climate issues for general audiences, including his most recent book, The New Climate War, which examines the role of fossil fuel companies in shaping attitudes on climate change. He is widely recognized for his contributions to climate science communication and is a co-founder of the award-winning science website RealClimate.org. Under his leadership, the new PCSSM will engage expertise from within and beyond Penn to improve the public conversation surrounding issues of environmental sustainability and climate.

Mann is currently Distinguished Professor of Atmospheric Science at Penn State, with joint appointments in the Department of Geosciences and the Earth and Environmental Systems Institute, and is also director of the Penn State Earth System Science Center. He is the author of more than 200 peer-reviewed and edited publications, numerous op-eds and commentaries, and five books. He has been recognized with an array of honors including being named by Scientific American as one of the 50 leading visionaries in science and technology in 2002; receiving the 2019 Tyler Prize for Environmental Achievement, frequently referred to as the Nobel prize for the environment; and being elected in 2020 to the National Academy of Sciences.

Mann is the first new faculty member to be recruited as part of the recently announced Energy and Sustainability Initiative, which is providing resources to bring in 10 new faculty working in such critical areas as diversifying energy sources and storage; enhancing energy efficiency and sustainability; and monitoring, sequestering, and transforming climate-changing pollutants. Steven J. Fluharty, Dean of Penn Arts & Sciences and Thomas S. Gates Jr. Professor of Psychology, Pharmacology, and Neuroscience, says that “Michael Mann has done groundbreaking work on the attribution of extreme weather to climate change and many other aspects of climate science that are of central importance to climate policy. He is also a gifted and fearless communicator, providing patient, clear, and informed explanations even in the most hostile media environments. His appointment will transform Penn’s growing strength in climate science and policy.”